Arlene Hittle grew up in northern Indiana and now makes her home in Prescott, Ariz., with two cats (nicknamed Princess and Shithead) and a dog. She is a member of Romance Writers of America. She has a B.S. in journalism from the University of Evansville (Indiana) and has worked in the newspaper industry as a reporter or copy editor/page designer since 1994.

But she’s been a writer since second grade. That was when she started filling her great-grandpa’s giant sketchbook with story after story — most of them about little girls who found puppies, because she wanted one. She didn’t get that puppy until she was out on her own. She did, however, know early on, prompted by Laura Ingalls Wilder’s Little House books,  that she wanted to entertain others with her fiction. 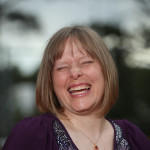 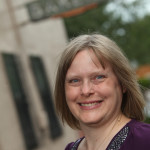 Author photos courtesy of Flagstaff photojournalist Jake Bacon, who won’t let Arlene forget she once confessed to appropriating his then-ponytailed, black leather-clad image as a model for another heroine’s creep of an ex.