Archive for the ‘Stories’ Category

What happens in Vegas stays there, right? 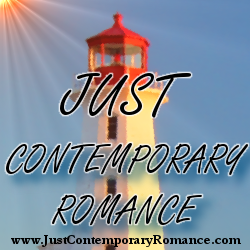 Not when it’s your first visit to Olympic Garden and you have a snap-happy roommate. 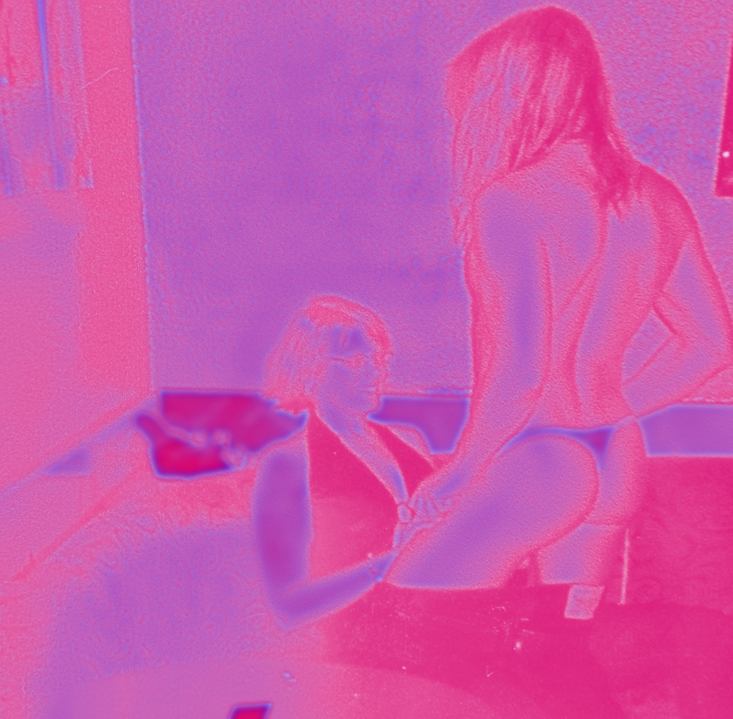 No, seriously. I didn’t mind her taking photos, because I was having fun—and I looked fantastic. That was me nine years and about a hundred pounds ago. (Side note: I really need to go back on a low-carb diet.) I had some more fun playing with Photoshop effects. This one’s called “neon glow.”

I’m blogging at Just Contemporary Romance today, talking about my Las Vegas vacations—all three of them, including the one that involved a trip to the Strip’s famed Olympic Garden strip club. It was all for research. Pinky swear.

So what if it was nine years ago—long before I started writing my Love & Baseball series? One of the characters in another, still unpublished series is a sports reporter who moonlights as a male stripper.

Now that I’ve written Sliding into Home, in which Greg thinks Jenn is a stripper, the strip club experience is paying off again.

Drop by Just Contemporary Romance and share your Vegas adventures … if you dare.

Where to find Sliding Into Home 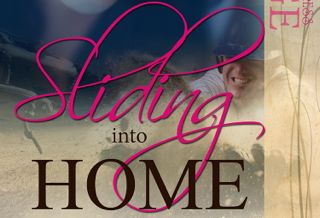 Please allow me to present my newest book baby, Sliding into Home 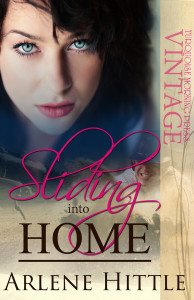 This is Book 3 in my All Is Fair In Love and Baseball series, and it tackles Arizona Condors first baseman Greg Bartlesby’s story. (You knew there had to be a good reason for his run-in with the law in Diva in the Dugout, right? Here’s where you find out why he acts the way he does.)

Will a sexy attorney help the Condors’ rebel first baseman outrun his father’s shadow—or merely strip him of his illusions?

More than anything, Arizona Condors first baseman Greg Bartlesby wants to make his own name in the big leagues. Too bad being the son of MLB legend Jake “Big Man” Bartlesby makes that impossible. Even worse? His attempts to differentiate himself from his old man more often land him in legal trouble. His latest brush with the law brings him in contact with an attorney he’s met before—as a dancer at the club where he was arrested…for protecting her.

Jenn Simpson isn’t a stripper—not that she can convince her bonehead client her twin is the one doing the dancing. When Greg offers her sister a job at his father’s Foundation, Jenn is the one who accepts, at her sister’s urging. She soon discovers she likes the work—and her new boss. As she and Greg forge a friendship and more, she knows it’s time to convince him she’s not who he thinks. But when his father’s hospitalization compels Greg to fast-track his leap to the majors by capitalizing on Big Jake’s fame, it might be too late for her to expunge the record.

Here’s one of my favorite passages, from near the beginning of the book: 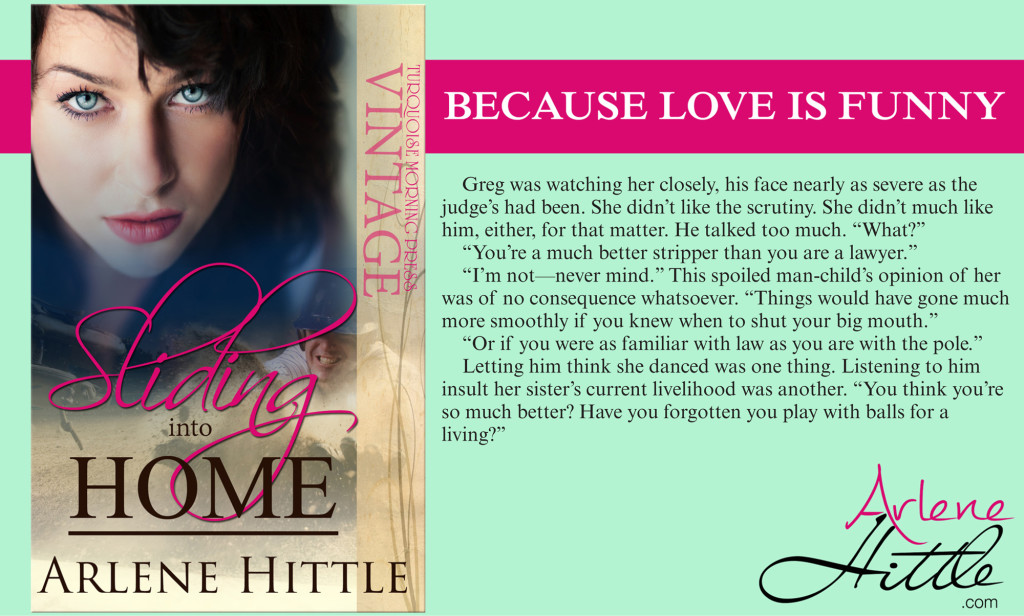 It came out yesterday and you can find it at your favorite e-retailer. 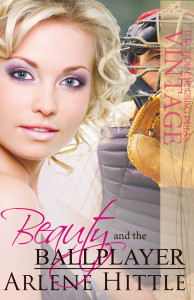 And if that doesn’t set you to humming Depeche Mode’s “Master and Servant” … you’re not as big a fan of that group as I am.

My parents didn’t have cable until I went to college (and even then no MTV), so I didn’t get to watch a lot of music videos. Imagine my surprise when I caught the “Master and Servant” video, years later. I had no idea they were talking about the corporate world.

Yeah, right. We know what that song was really about.

Anyway, that’s all just a tangent. It’s how my brain works (or doesn’t). I’m popping in today to share my guest post over at Just Contemporary Romance. I’m waxing poetic about baseball as a metaphor for life.

OK, I’m mostly quoting other folks who’ve waxed poetic about baseball as life. But I only picked out the quotes I agree with. 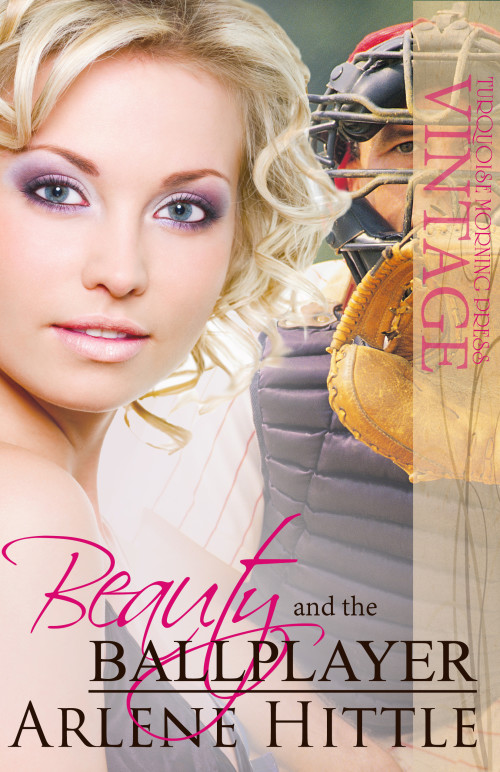 Isn’t “Beauty’s Release” the title of an Anne Rice book? Haven’t read it, but I was in high school when I first heard of it. I remember being intrigued by the mere idea of her Sleeping Beauty Trilogy, written under the pen name A.N. Roquelaure. I’d just read—and fallen in love with—THE VAMPIRE LESTAT, and wanted to read all the Anne Rice books I could get my hands on.

You can imagine that, in small-town Indiana in the late 1980s, the Beauty trilogy wasn’t readily available on the library shelf. I wonder if they have it even now …

Ahem. File that under “jaunt down memory lane.” Funny how the strangest things send you down that road, eh? When I typed in my blog post title, I was off.

Welcome to the My Sexy Saturday in which I get to celebrate the release of BEAUTY AND THE BALLPLAYER. BEAUTY, which went live Thursday, has been many things to me — my first manuscript set somewhere outside the Midwest (in Flagstaff, Ariz), the first one with a baseball player hero, the first (and only) one to final in the Golden Heart (and win the FCRW Beacon).

Yet it’s the second book in my All Is Fair in Love & Baseball series. How’d that happen?

Not only was BEAUTY the second book I sold to Turquoise Morning Press, it fell second in my Arizona Condors timeline. Dave and Mel had already bumped into one another and reconciled by the time Matt meets Meg. In fact, Dave’s experience, which Matt went through alongside him, plays a role in Matt’s reasons for doing some of the things he does to piss Meg off. (DIVA IN THE DUGOUT came out of Matt’s explanation to Meg.)

You know the My Sexy Saturday drill by now, right?

Post 7 paragraphs or 7 sentences or 7 words ONLY. The choice is yours. It can be from a WIP or something you already have published. Your post should be live by 9 am US Pacific Time on Saturday. Put those lucky 7s to work for you!

This scene, from the early chapters, finds Matt kicked out of his hotel room while his brother, super-stylist Stan, cuts Meg’s hard-to-manage hair. Roping his brother into cutting her hair was Matt’s “in” to see her again. While he kills time in the lobby, one of his teammates tries to pick up the hotel restaurant’s hostess. The kid enlists Matt’s help, and Matt realizes she’s a baseball groupie just as Meg and his brother get to the lobby. But Meg doesn’t know he’s a ballplayer, and that’s the way he likes it … so he has to get her out the door before the hostess exposes his identity.

Matt pushed the door open and dragged her through it just as flashes started going off behind them.

Desperate that she not turn around to try to see what—or rather who—someone was attempting to photograph, he wrapped an arm around her waist and bent his head to kiss her.

Her lips were soft. Extremely soft. Beyond that, she tasted like something he couldn’t put his finger on. Slightly salty, but comforting.

As he maneuvered her away from the doors and into the darkness, he deepened the kiss. She responded in kind, and he forgot where he was. Forgot everything except kissing this woman who didn’t want him only for his talent.

Oh, she wanted him all right, but not because he could play baseball. That couldn’t be why; she had no clue.

Spurred by the thought, Matt pushed Meg against the wall. He was about to hike her leg up over his hip to draw her closer when his brother’s voice whispered in his ear.

“Matty, you don’t want people to see you out here like this, do you?”

Beauty and the Ballplayer, available now from Turquoise Morning Press and other e-tailers.