Just Right is in the wild 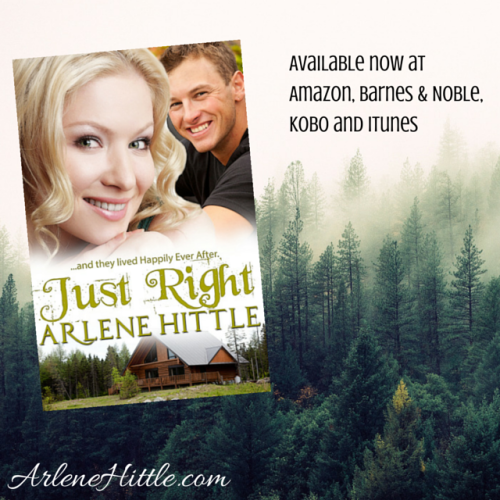 My grown-up Goldilocks tale, Just Right, has hit all the major booksellers, and I couldn’t be more thrilled!

Just Right is my fifth book with Turquoise Morning Press. It’s available now as a standalone, and at the end of the month, it’ll be released as part of the “and they lived Happily Ever After” boxed set.

Fairytales are hot right now, what with ABC’s “Once Upon A Time” and NBC’s “Grimm.” I had a blast brainstorming my own adult twist on the stories I grew up hearing.

America’s Sweetheart, Callista Gold, needs an escape from Hollywood—and the scandalous photos hackers leaked to the tabloids. She buys a cottage in northern Arizona, sight unseen, and heads for what she thinks will be a mountain retreat. But like her now-tainted reputation, Rosewood Cottage needs some major fixing-up. Contractor Tyler Behr—one-third of Behr Construction—is just the man for the job. Problem is Ty had other plans: buy Rosewood and flip it. He agrees to work for the frosty beauty, with thoughts of delaying the project long enough for her to get bored and go back to wherever she came from.

But Callie is no prissy miss. She jumps in to help with the renovations, perfectly at home with construction—and one particular construction worker. Sparks ignite between them with every swing of the hammer, until a photo of Ty and Callie in a compromising position creates another scandal for her and a dilemma for him. He’s never been big on sharing, not even something as simple as loaning power tools to his own brothers. How can he share the woman he loves with the movie-going public?

Available now at Turquoise Morning Press, Amazon, Barnes & Noble, Kobo, iTunes, All Romance eBooks and Smashwords. Or add it to your TBR list on Goodreads.